We present the first issue of the tenth year of the ALCONPAT journal with great satisfaction.

In 2019, a special session was held on the action of fire in concrete materials, elements and structures during CONPAT 2019, to honor Paulo Helene for his 70th anniversary and fruitful career. Consequently, and as part of the celebration, the V10 N1 of the RA is a special issue on topics related to the action of fire in honor of him.

The first work of this issue is by Carlos Britez and colleagues and aims to present and briefly discuss some essential issues about the action of fire in concrete structures and the possible harmful effects due to high temperatures. A brief review of the literature that deals with the behavior of concrete (seen as a material and as a structural element) was carried out when exposed to exceptional and severe thermal actions in a fire scenario, which contributes to demystifying some beliefs and doubts about the phenomenon of occurrence of spallings.

In the second work, Fabrício Bolina and colleagues discuss the fire resistance of vertical sealing systems composed of ceramic blocks with vertical holes at high temperatures. Masonry is widely used in the civil construction market because it is a low cost and high productivity system compared to conventional elements. The results were obtained with finite element computational models through Ansys Mechanical software, and calibrated with a real-scale experimental test, determining the fire resistance time (TRF) for different block geometries. The computational analyzes led to results that point to a limit for the efficiency of increasing the thickness of a wall to achieve high TRFs in relation to thermal insulation.

In the fourth article, by Carlos Alexandre Santos Sales et. al., the efficiency of surface protection of masonry structures sealed with intumescent ink in relation to mechanical resistance and thermal insulation was evaluated. Sixty masonry blocks with ceramic sealing were used. The temperature of the face directly exposed to the flame was on average 25% lower for the block with passive protection. The compressive strength of the passive protection blocks was approximately 70% greater than that of the unprotected blocks, after 60 minutes of direct flame exposure. More than 70% of the blocks without passive protection and exposed to flames had a compressive strength of 1.35 MPa, while 100% of the blocks with protection had values of 2.38 MPa, even after 60 minutes of exposure.

The fifth work of this issue is written by Francine Barcellos and colleagues, with the objective of evaluating the performance of composite slabs in a fire situation, correlating them with the project at normal temperature, according to NBR 14323 (ABNT, 2013), NBR 8800 ( ABNT, 2008) and NBR 14762 (ABNT, 2010), through the heating curve of ISO 834 (ISO, 1999) and the distribution of slab temperatures obtained by using Ansys software. The computational models were calibrated according to the standard and extrapolated to other design scenarios, with different geometries, thicknesses and effective thicknesses of the concrete layer. As a result, the platform with recesses had a better performance in relation to the trapezoids, the thickness of the concrete layer being the predominant variable in the behavior of these slabs at high temperatures, due to their greater thermal stability.

In the sixth work, Carlos Britez and colleagues compare different fire-resistant cladding systems applied to reinforced concrete elements of one year of age and 1.5 cm of concrete cladding and evaluate the performance of these systems by visual inspection and verification. of the evolution of internal temperatures after fire simulations under the ISO 834 curve, using thermocouples for 120 minutes. The results showed very close correlations with the literature for cement-based mortar coatings, as well as particularities about plaster coatings and the possibility of using intumescent paints as passive protection in reinforced concrete elements.

In the seventh paper, Julia Menegon and colleagues evaluate the behavior of ceramic structural block walls at high temperatures. Blocks 14 and 19 cm wide were used, with compressive strengths of 7 and 10 MPa. The thicknesses of the joints, the mortar for settlement and the influence of coating on the exposed face were evaluated. Kiln temperatures were measured, inside and on the surface of the walls, the expansion of the blocks and the crushing of the joints. It could be inferred that the samples showed good performance, maintaining their tightness, insulation and mechanical resistance. The lateral restriction did not cause the blocks to be deployed, however, it was possible to observe tension transfer for them for poorly flexible mortars. The 19 cm wide masonry and the coated ones presented better thermal performance.

The eighth article, by Paulo Helene and colleagues, makes a diagnosis that explains the mechanism of collapse, in just 80 minutes, of the Wilton Paes de Almeida building, which was surprising for the engineering of structural concrete. Previous fires, such as that of the Andraus Building, the Joelma and the Great Avenue, withstood more than 4 hours of fire without collapsing and are currently in use. To understand this unusual collapse, an experimental investigation of the characteristics and properties of the concrete and the reinforcement used in that structure was carried out, based on a "hypothetical structural project" that considered the actual characteristics of the materials used. Based on the diagnosis, recommendations were established so that cases like this do not recur.

The article that closes the edition is by Antonio Fernando Berto, who addresses the regulatory aspects related to fire safety and presents case studies of buildings in São Paulo that suffered the action of fire and its consequences. Berto discusses the fire safety that should be considered from the conception of the building, through the design and construction, to the operation and maintenance phase. In the design phase, the issue should be considered especially, since it establishes the basic structure of fire safety of the building. This should be based on a thorough knowledge of the relationships that exist with the provisions that give the building adequate levels of fire safety.

We are confident that the articles in this issue will constitute an important reference for those readers involved with questions of evaluations and characterizations of materials, elements and structures. We thank the authors participating in this issue for their willingness and effort to present quality articles and meet the established times. 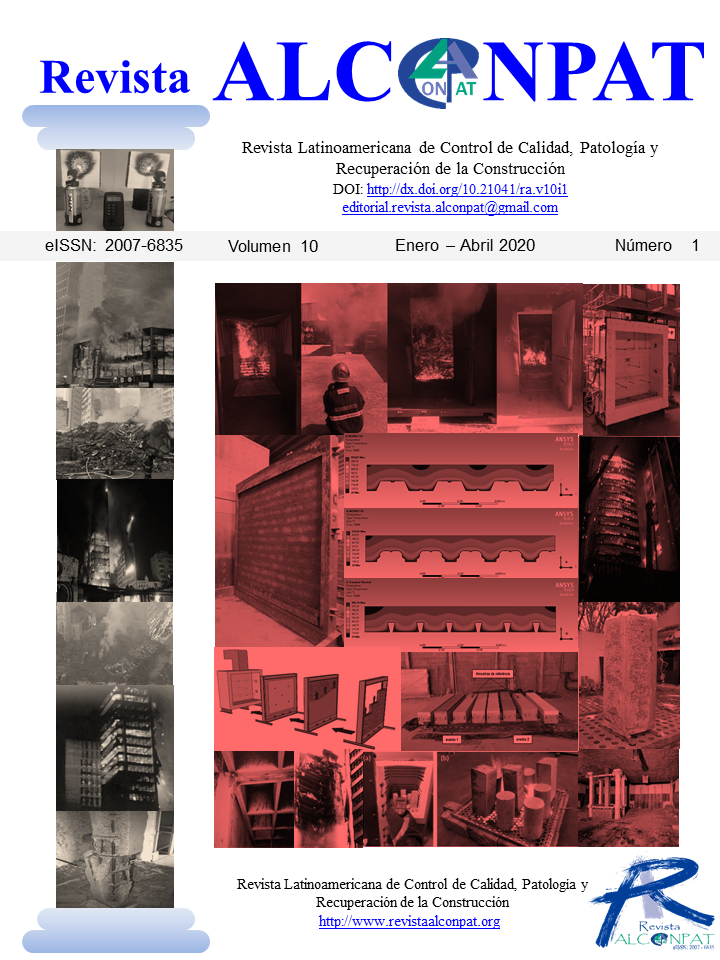